I must admit that I am one of the most straight-laced people in the world. I always say that everyone must abide by the rules if we want to live and smoothly. For instance, you would never find me without my seatbelt on. If any passenger of mine refused to wear theirs, I would not drive at all. If I felt the symptoms of flu, diarrhea, or any other simple illnesses, I would go straight to the doctor instead of buying pills over the counter, considering no one was supposed to self-medicate. People tend to find me weird, but I believed that the best way to handle a situation was by doing what’s expected of you.

The thing was, my straight-laced personality pushed my husband away. At least, that was the reason he gave me when I asked why he cheated on me. My ex said, “I always wanted to do things his way, and I felt suffocated by you, so I looked for another woman. A fine woman.”

His words were simple and short, but the pain that it brought me took years to subside. I could not bear to look at my ex’s face again, so I had an attorney file my divorce papers and handle the proceedings. When I received the news that it got finalized already, my marriage was officially over; I buried myself at work. I did not want to leave the house for a while.

It was a fitting choice, given that I was a graphic artist, and I could do my work anywhere as long as I had my iPad or drawing table with me.

During the first few days of my self-isolation, I still followed the normal work hours. I would start at 9:00 a.m. and be done with my work at around 5:00 p.m. However, I realized soon enough that it could be boring to stay alone at night without doing anything, so I started taking on side jobs. From the typical eight-hour shift, I went on to work for 15 hours every day, including the weekends.

People might say I’m a nutcase, but I welcomed my hectic schedule with open arms because I hardly thought of my ex and his crippling infidelity while working. I did not need to worry about staring at the four walls of my bedroom at night, thinking of what I could have done to save my marriage, Not to mention; my income tripled – something that I never knew was possible.

The only problem I saw was that I had no more time to get groceries or have them delivered. So, what I would do was order food from restaurants every day. It was like McDonald’s for breakfast, Mariano’s (the local deli) for lunch, and Olive Garden for dinner all the time. The delivery guys were no longer surprised whenever I asked them to slip my food through the dog flap. They knew that I did not want to leave my house, and they respected my decision.

You could imagine how shocked I was when my door suddenly burst open one afternoon. I was almost blinded by the bright light that entered my living room, but when I squinted, I saw my mother standing by the door. She seemed really pissed.

“What have you done to yourself, child?” Mom asked. “Why did you let yourself go like this?”

I did not understand what she meant by that initially. I did not feel like my old self, but I felt as good as I could be as a new divorcee. Perhaps still seeming confused, my mother dragged me in front of the mirror. That’s when I saw that I gained a lot of weight during my hibernation.

My stomach was sticking out in my 2XL nightshirt. It was a big deal since it never happened before. What’s worse than my body, though, was my face – particularly the large bags under my eyes. They were so dark and puffy that one might think that I was wearing prosthetics to look old.

Almost at the same instant, I realized that I had been dealing with depression for months subconsciously. I told my mother at once that I wanted to get better. When she started talking about the psychologists and psychiatrists that she knew and what antidepressants could be good for me, I stopped her and said that I would not go down that path. “I’m done being Ms. Goody Two-Shoes. I will try an alternative treatment to cope with my depression,” I said.

After a few tries, I finally came across light therapy.

What is the best light therapy for depression?

Talk with your doctor before looking for the best light therapy box for you, especially if you experience two different mental health issues. The lightbox should provide ten thousand lux of light but emit as little UV light as possible.

How long does it take for light therapy to work for depression?

Do SAD lights work for depression?

Yes, this can help with major depressive disorders that have seasonal patterns and other types of depression. Although doctors do not have a scientific explanation for this, light therapy has been shown to help treat depression and other disorders. Although it can have numerous side effects, all these side effects are very much easy to treat.

Can SAD lights cause anxiety?

People who have anxiety are generally more sensitive to light. Some studies show that light exposure, especially during the night, can directly affect the parts of our brain that deal with mood regulation and behavior. Although it is pretty ironic that something that can cause anxiety also helps treat it.

Does light therapy work for wrinkles?

LED light therapy can improve wrinkles and scarring because LED lights do not contain ultraviolet light, making it safer for your skin. This happens because the light acts as fibroblasts, which are skin cells responsible for collagen production or our skin’s protein.

Can you overdo LED light therapy?

No, you cannot overdo LED light therapy for most people. However, if you notice different results from the promised result, make sure that you stop treatment and contact your physician to determine what happened. If you desire the best results possible, make sure you choose the suitable device and the perfect LED color. Also, use it as directed and not as you think it should be used.

Is red light therapy a hoax?

Although researchers are not entirely sure how red light therapy works, it has never really been disproved. Generally, this form of treatment is considered safe, and there are no set rules for how much light a person should be using while undergoing this therapy. However, it is essential to remember that too much light can damage our skin tissues, while too little light can also hold the possibility of the therapy not working.

How successful is TMS?

TMS providers have found that the success rate of TMS is between 70 to 80 percent. This means that most individuals who have undergone this therapy find great relief after receiving this treatment. Fifty percent of people who have experienced this therapy also experience complete remission, meaning that the present symptoms of depression are now absent after only the treatment.

No matter how encouraging and note-worthy the results of TMS therapy are, it is also essential that we understand that these results are not permanent. Much like all other treatments or therapy, there is still a high chance of recurrence. Although a significant number of patients who receive TMS therapy also report that they feel better for several months after treatment ends.

Can TMS make you more depressed?

No, it cannot make you more depressed. However, a study has been published showing that when used for depression, TMS can cause an increase in anxiety. This happens most, especially with individuals who also experience panic disorders. You could get more depressed with this treatment if you think deep down that this will not help you anymore or that you are too far gone to be helped by anyone or any treatment. Going into therapy, make sure that you are ready for this and that this is your choice because the only way this will work is if you allow it to.

How does TMS treat depression?

During these sessions, an electromagnetic coil will be placed against your scalp by your forehead. This coil then releases a painless magnetic pulse, which will stimulate your nerve cells in your brain that are responsible for mood controls and depression. The pulse also activates areas in your brain, which have decreased activity during the depression.

Does TMS change your personality?

No, this treatment does not change your personality in any way. A study, however, was cited to state that specific personality dimensions may increase the patient’s response to their antidepressants when they are given repetitive treatments to TMS. What it can do, however, is it can relieve depressive symptoms, which can improve a person’s cognitive ability and function.

How do you know TMS is working?

Some people do not notice any changes until after a few weeks of treatment, but this does not mean that the patient does not notice that other people like friends and family do not see a change in that person’s mood or behavior, no matter how subtle. These subtle changes can be things like small upticks in their mood, energy, and motivation. So do not judge your progress based on what you can or cannot see because you will never really know how far you have come until that moment comes.

How long do TMS results last?

Since depression is a unique experience that can vary from person to person, there is no specific answer to this question. People who have regularly undergone this treatment report that they feel and experience improvement anywhere from six months to a year, or in some cases, this can be longer than that, but the average time for this is one year.

How long is TMS treatment?

The typical course for a TMS treatment is around four to six weeks. A patient can receive TMS five times a week. Each session’s length will depend on the length of the coil used and the number of pulses delivered. Each session’s standard is somewhere between 30 to 40 minutes per session, but this will still depend on many factors.

In 2015, a study was published in World Psychiatry, which had concluded that TMS is an effective treatment for people who have been diagnosed with Major depressive disorder or MDD. These patients are typically those who do not respond well to their medications. The study says that the more resistant a patient is to their medication, the more significant TMS treatment effects to a patient are. Finally, the study states that results “may appear durable for up to 16 weeks”. Meanwhile, other studies show that patients actually can feel better for up to a year or so.

The #1 basher of the light therapy in my family was my mother. She had never heard of it before, so she assumed the worst about it. However, I did not listen to her as I invested my time and effort into the treatment. It eventually paid off as I felt the urge to go out more and even consider joining the dating pool again. 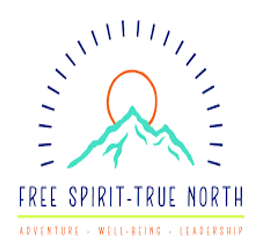